How is Oil and Gas Volatility Impacting Logistics?


Oil and gas prices have seen record lows and eye-watering highs over the last two years. Every fluctuation impacts the logistics sector – whether that’s through the cost of fuel or the cost of living.

So, what’s happening with global oil and gas prices right now? And how is it impacting our sector?

What’s happening in the oil and gas market? 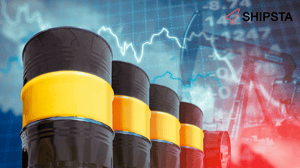 When we entered 2022, the post-Covid-19 economic bounceback was causing oil and gas prices to surge. And then In February, oil and gas prices jumped even higher when Russia, the second-largest producer of crude oil in the world, invaded Ukraine.

So, what’s happening now? Oil prices have begun to drop as other oil-producing countries, like the U.S. and Saudi Arabia, have started selling oil from their reserves. However, this market drop may not last as the EU is pushing to ban Russian oil and gas imports which could push prices back up.

And while oil prices are dropping, gas prices are still increasing. Although gas prices typically follow the oil market, they tend to drop slower. The high gas prices have also been exacerbated further by Russian sanctions on gas companies operating in Europe.

With the continuation of the war and sanctions ramping up against Russia, the market will be unsteady for the foreseeable future. So, what does this mean for us?

How is oil and gas turbulence impacting logistics?

It's no secret that oil and gas prices are tightly tied to the logistics industry. But the impacts of changes can be surprising and cause simultaneous price hikes and decreases. Here's the impact of today's oil and gas market on global freight.

Gas prices are remaining sky high, and that’s bad news for the trucking industry - particularly smaller firms. Larger trucking firms have the capacity and margins to offset gasoline costs. Smaller firms (with less than 100 trucks) don’t have the cash flow to mitigate the current increases and could easily fold under the financial pressure.

To combat the fuel hike, trucking companies would usually increase rates and pass the cost onto you. And while the conflict in Ukraine does seem to be pushing European trucking rates up, the U.S. trucking market is taking a downward turn. 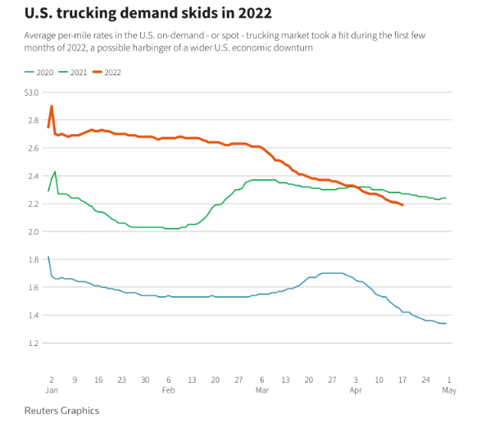 So, why are U.S. spot trucking rates dropping despite the high gas prices? Well, high oil prices are driving consumer spending down and reducing demand for trucking services...

Oil and gas prices are driving consumer spending down

You can’t have missed the news that the cost of living is going up – you may have even considered ways to reduce your own outgoings. And while there are a lot of contributing factors to this crisis – a big part of it is due to oil and gas price increases.

The cost of powering your home and fueling your car has gone up, alongside an increase in inflation. When the cost of living goes up consumers cut back on unnecessary purchases, meaning they simply buy less stuff. And when people buy less, all MOTs in the industry have fewer goods to transport. These increases have impacted much of the world, including the U.S., U.K. and the EU - meaning consumer spending is dropping everywhere.

You can see this drop in the U.S. spot trucking market mentioned above as well as the ocean freight market. Ocean freight rates are falling despite the continuing disruptions which have pushed prices up until now. This is surprising as ocean transports are also facing steep fuel increases...

The oil price spike caused by the Russian invasion immediately impacted shipping bunker fuel. At the beginning of March, prices for very low-sulphur fuel oil hit $800 per tonne for the first time. This continued to spike reaching $902 per tonne just one week later.

Bunker prices remain extremely volatile. Although liners are beginning to see slight declines as oil prices drop, analysts are unable to make any firm market trends. And the current prices are still around 60% higher than in 2021.

“We have already seen requests from ship owners who are considering using non-compliant bunker fuel that has a lower explosive temperature.”

The increase in bunker costs may not be too problematic for carriers. Hapag-Lloyd is confident that strong contract rates will offset their increased outgoings. And while ocean liners may escape the current oil and gas volatility, the market is looking uncertain and the fortunes of carriers could change quickly. 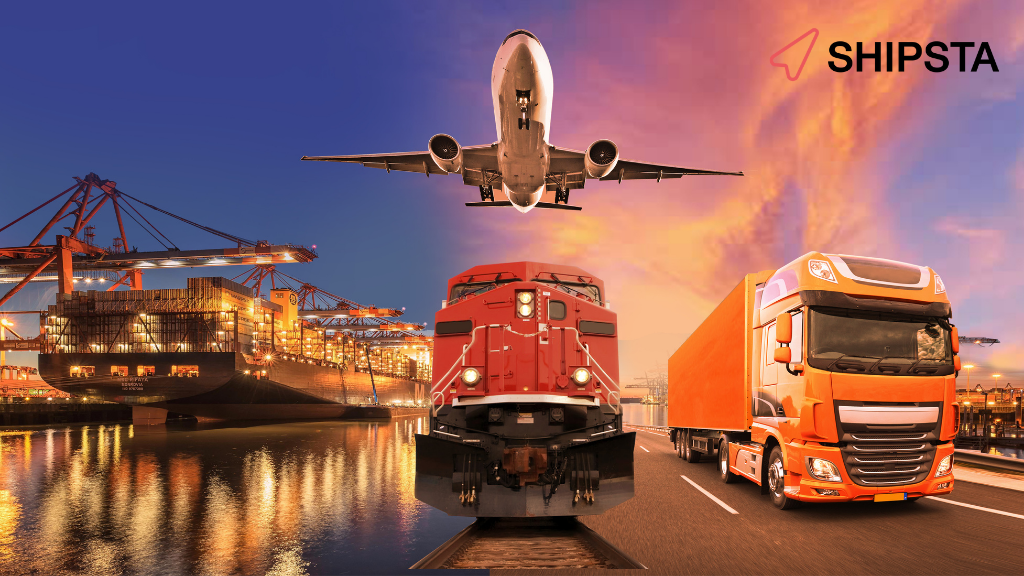 How to Get the Best Freight Rates in 2022

Getting even a small discount on your freight rates can save your company thousands on your busiest...

Since 2020, freight rates have increased or remained stagnant at all-time highs. So, are freight... 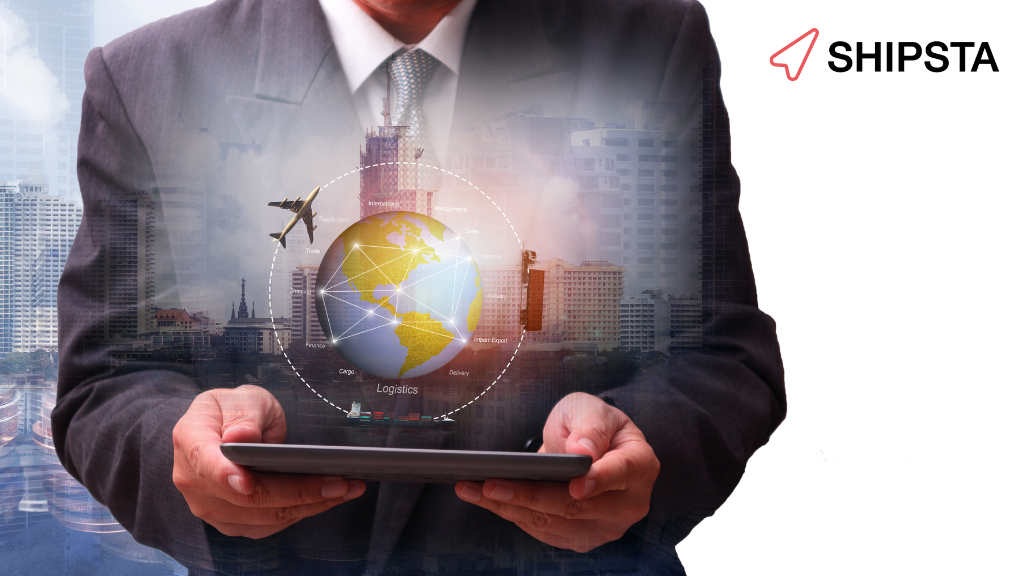 Why is Investment in Logistics Technology Booming?

The last few years in freight procurement have been some of the toughest in the sector’s history....