How is the War in Ukraine Impacting the Global Supply Chain?


The invasion of Ukraine by Russian forces has shocked and horrified people around the world.

As the international community reacts with outrage to this attack, governments across the globe have started hitting Russia with massive sanctions. These sanctions, as well as the danger of an active war in Europe, will have a massive impact on supply chains around the world. In fact, we’re already starting to see the first effects.

Fluctuations in oil and gas prices massively influence the cost of transporting goods. In maritime shipping, historically the price of bunker fuel has increased in line with the cost of oil. And when fuel prices increase, carriers pass the cost on to their customers.

Similarly, oil price increases will cause the cost of trucking and aviation fuel to increase too – driving up rates for road and air transport. 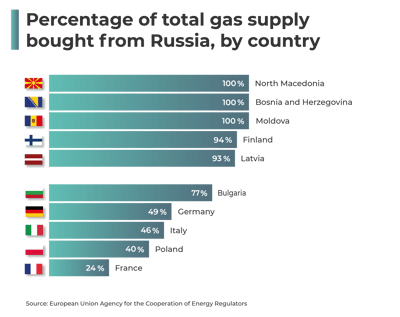 Russia is the largest supplier of gas and oil to Europe. And many major European countries are dependent on Russian energy. Most notably, Germany (Europe’s largest economy) is particularly reliant on Russian gas.

On February 22nd, in response to Russia formally recognizing the regions Donetsk and Luhansk as independent, Germany halted the certification of the Nord Stream 2 gas pipeline. Nord Stream 2 was set to deliver 55 billion cubic meters of gas per year - that's more than 50% of Germany's annual consumption!

When Germany announced the suspension of the certification of the Nord Stream pipeline, the global oil prices shot up to over $100 per barrel – the highest price since 2014.

Experts are now predicting that, as a result of the war in Ukraine, Russian oil and gas exports to Europe will drop significantly or end entirely - either through European sanctions or Russia banning exports to countries imposing sanctions.

As a result, Freight rates for oil tankers have surged as traders expect more crude oil to be exported out of West Africa, the Middle East and the US to make up for Russian supplies. And with global oil prices sky-high (and continuing to grow), we can expect fuel costs, and by proxy, freight rates to increase too.

Russian and Ukrainian exports are grinding to a halt

Many companies and supply chains are dependent on Russian and Ukrainian manufacturers and producers. The war in Ukraine between the two countries is guaranteed to disrupt exports - impacting the global supply chain.

According to a report from Forbes:

Production has ground to a halt in Ukraine as a result of the fighting. And Russian exports are also rapidly declining as companies across the globe cut any ties they have with Russia and governments impose stringent sanctions.

Here are the exports that will have some of the biggest impacts:

As the war in Ukraine continues and more companies and countries cut ties with Russia, we’re likely to see shortages of other exports emerge and prices of goods spike.

The war in Ukraine is impacting sea freight in several different ways.

Firstly, the Black Sea has become a high-risk area due to its proximity to the south of Ukraine. The Ukrainian ports of Odesa, Ilyichevsk and Yuzhniy in the Black Sea have ceased operation due to the fighting in the region. This means ocean carriers will likely see insurance costs shoot up, and shipping in the region will drop.

Secondly, cargo ships linked to Russia are finding it increasingly difficult to navigate European waters. The UK has banned all Russian-linked ships docking at British ports. This covers all ships flying a Russian flag or believed to be registered, owned or controlled by any person connected with Russia. The EU is discussing imposing similar bans for all ports in the block. Even if this sanction doesn't pass, many EU countries are planning on implementing this ban individually. France has even seized a cargo ship linked to a Russian bank in the English Channel, claiming it violated US sanctions.

So, what does this mean for you? There will almost certainly be more port and route congestion as sanctions force liners to use different lanes. Rates are likely to increase even more as a result of the disruptions: A report from Business Insider predicts the war could triple ocean shipping rates to $30,000 per container. And if you have links to any Russian companies or prominent figures - moving your goods by sea across Europe may become practically impossible.

The war is disrupting rail routes between China and Europe

The trouble is 50% of EU bound rail enters through Russia or Belarus – with St Petersburg an important centre of mediating goods. As a result of the conflict and sanctions, western companies may no longer be allowed to, or want to, move goods through Russian territories.

This disruption will cause rail rates to spike and limit European companies' ability to move goods from Asia via land routes – meaning we could see even more congestion on Asia to Europe sea routes.

Ocean port disruptions and container shortages have meant we’ve all been heavily reliant on air freight over the last year.

However, we’re likely to see massive impacts on air freight because of sanctions put on Russian airlines. Currently, the following European territories have banned Russian airlines from flying in their airspace:

Outside of Europe, Canada has also barred Russian airlines from their airspace – and many suspect the US will soon follow.

These restrictions won’t just impact Russian airlines. In retaliation, Russia (the world's largest country) has banned all airlines from countries imposing flight sanctions from its airspace. And although there are technically no restrictions on Ukrainian airspace, all airlines have to avoid it due to the inherent danger of flying over an active war zone.

These sweeping restrictions on where planes can fly means airlines are quickly looking for alternative routes and cancelling some flights. This means there’ll be fewer freight planes and passenger aircraft with cargo space available to move goods. And we can also expect flights to become longer as planes have to navigate these new restrictions.

Overall the invasion of Ukraine by Russia will have a massive impact on companies and supply chains all over the world - the extent to which will only be made clear with time.  This conflict is certainly bad news for anyone working in freight procurement as we all hoped the challenges of Covid-19 would be the worst hit of the decade. But with every challenge our industry faces, we've always come out the other side - this is a storm the logistics industry can weather. 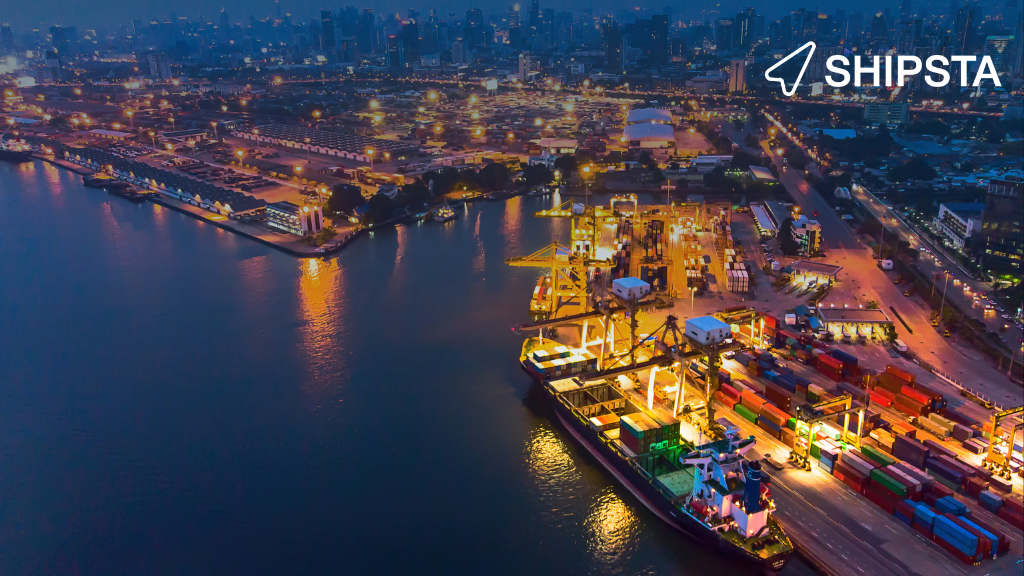 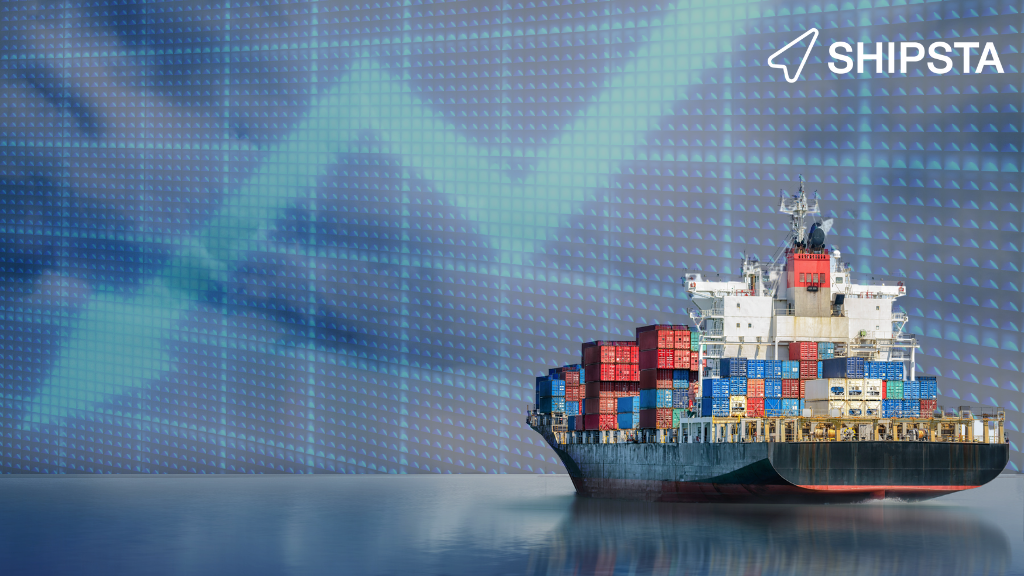 From scarce and extremely pricey to balanced and more favorable, the freight market has changed... 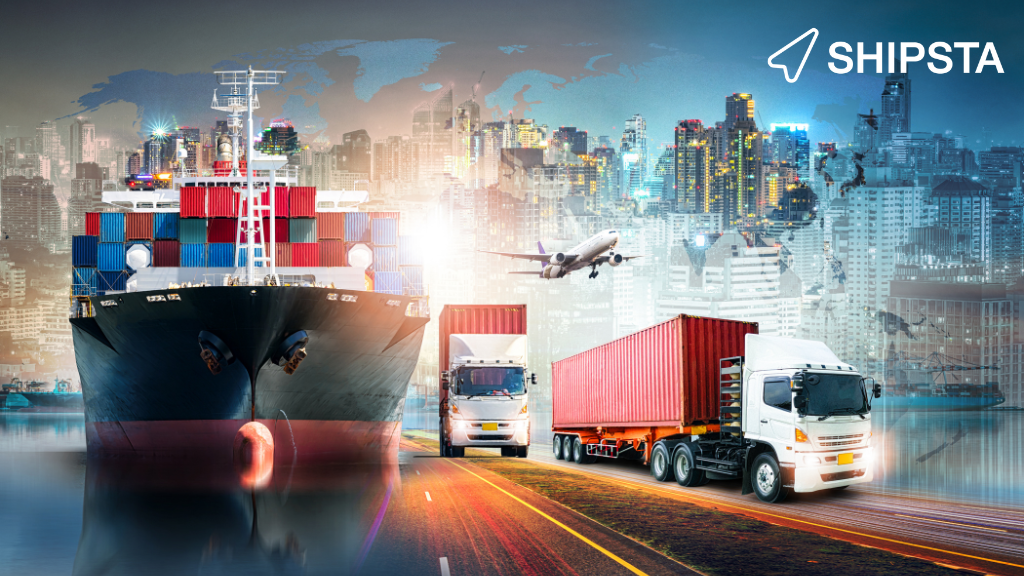 The Biggest Freight Market Shift in Two Years Is Underway. Are Shippers Ready?

Over the last two years, chaos has been the norm for the freight market. So, how can an even bigger...